Short cycles bottoming as 20 week cycle tops and turns down.  With 3 shorter cycles up starting early in the week I expect right translation in the 20 week cycle as it takes a week or so to gain down side momentum.  So the bias should be up for the week. 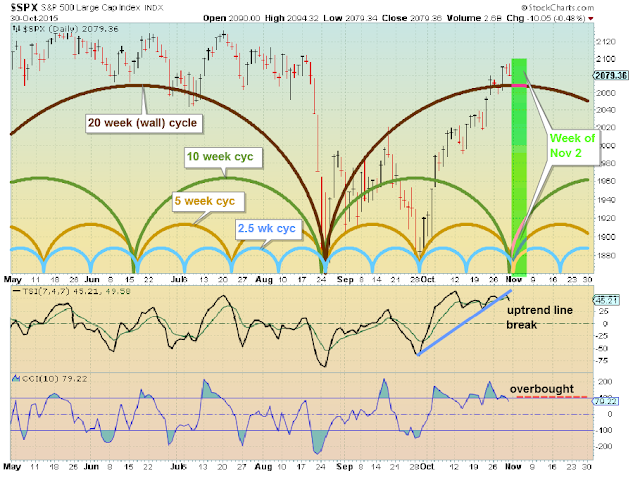 Past week not as expected.  Usually the last few days of October are bearish...  A few stocks like Amazon, Alphabet (formerly Google), MSFT today resulted in a huge jump in the NAZ.

When you look at the SP500 you see several stocks WMT, IBM, CMG cratering, but a few stocks like those above seem to offset (and then some) the losing stocks.  Not surprising though several stocks are beating as lots of stocks had estimates cut (some severely).  Earnings will be winding down soon.

Today also you had China making their sixth cut in interest an Draga (sp?) talking about more QE in Europe. So I guess the past couple of days are central banks inspired as well as earnings inspired.  We now have had about 3 flat to up weeks so time for a bit of pullback? 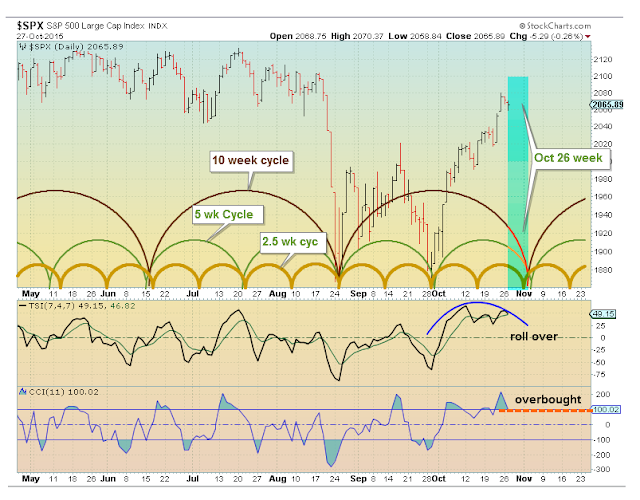 Been a couple of tough weeks to trade, around break even for the week.

Gold broke its downward sloping trend line with a 12 week move up and is digesting those gains.  Expecting sideways to down move near term. 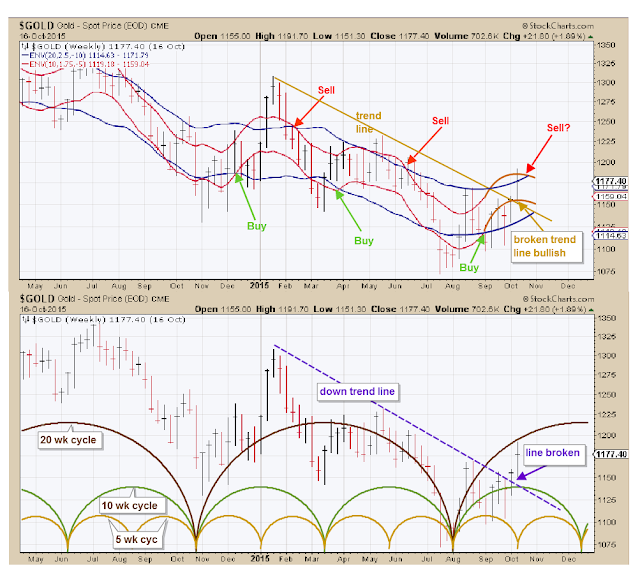 GL traders
Posted by Inlet at 1:43 PM No comments:

Expect some upside first of week and downside end of week.   Note the "W" formation on the chart, so be wary of possible upside breakout out.  But, an upside breakout failure seems more likely as most of these shorter cycles will have topped  out and headed down by the end of the week into the end of the month. 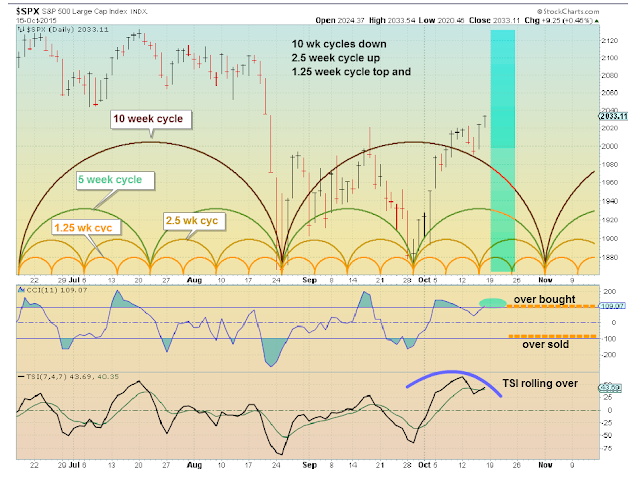 Also note CCI is ready to enter "over bought" area (up early week and then down?).  Finally the TSI may be rolling over and turning down (negative).

Need to refocus on shorter swing trade cycles as market works sideways.  Last week was focusing too much on longer term outlook and missed the short term possibilities.  Volatility should continue as we have lots of issues (China, Syria/Mideast, no FED decision on interest rates, slow employment growth, etc).  So I have refocused on the shorter term possibilities. 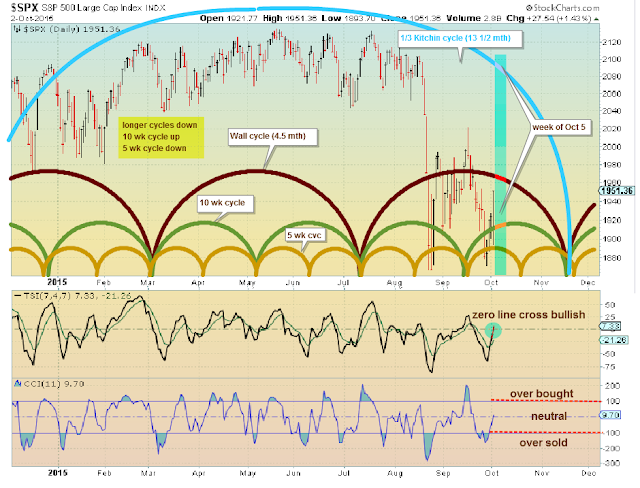