Expected the market to show strength in the month of April.  While we saw some marginal new highs, it could hardly be called a strong market.  As of Friday's close SnP500 was less than 1% lower since March 31.  The NAZ showed more downside in April.

This week should show some more weakness as we head into May.  I doubt the market will be positive for the month of April and should start May on a weak note.  The 8 month cycle should top in May which could spell a sluggish summer for the Market.

In review - we end April and start May on a weak note, here is a visual: 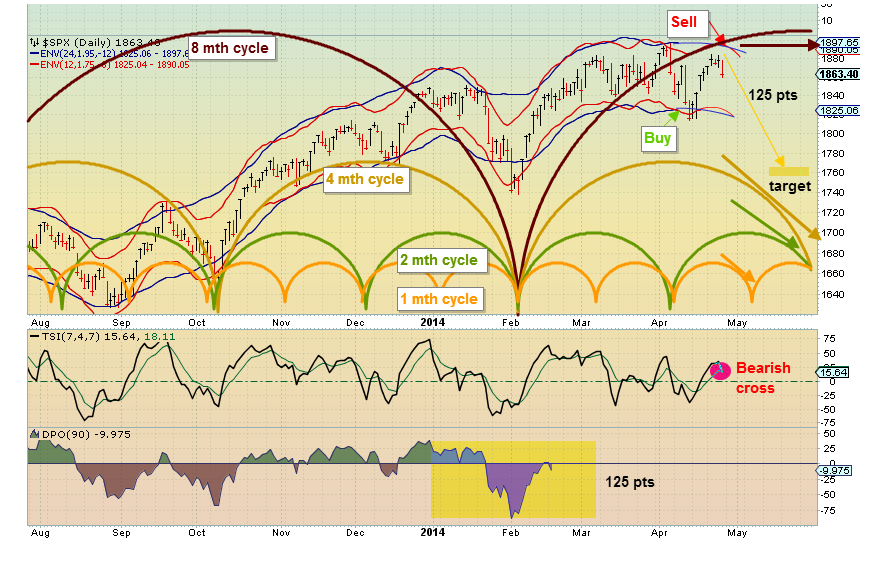 Last week was "up" overall.  Market started to lose "mo" by Thursday and closed mixed.  I had projected lost "mo" by Wednesday and some weakness last 2 days of the week.  I guess the question is - will we see new highs on SnP500?  I see lots of comments regarding 2000 on SnP500.  I suppose that could happen, but right now the high I see from my projections is 1905-1910 if we get a new high (I believe 2000 is aggressive given the mixed earnings/revenues being reported).

I believe we could see some downside next week. The cycles are mixed with the longer cycle up and the shortest cycle down the first part of the week and up later in the week.  The other 2 cycles are down.  Overall, I believe the cycles setup favors a down week (1-2 %). 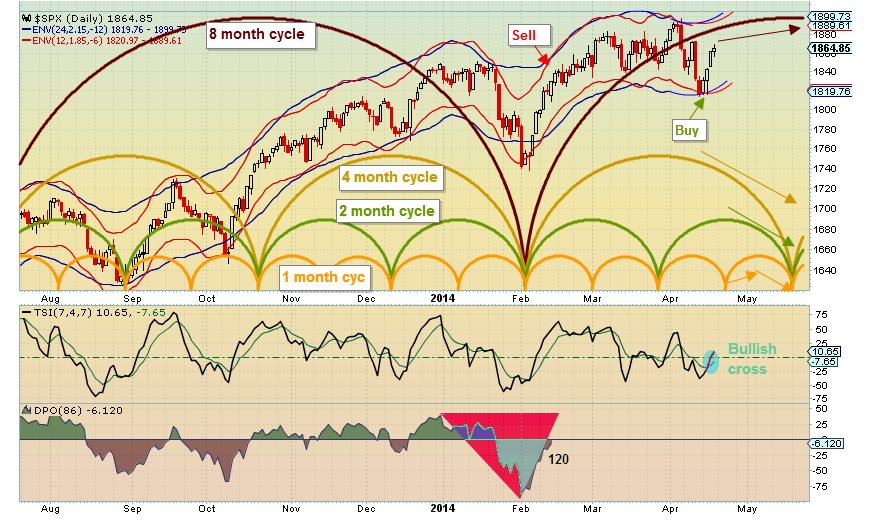 Many of you may have come across David Knox Barker's work on Jubilee (50 year biblical cycle of debt forgiveness).  Seems the first Jubilee in AD was probably 15AD (The  year Jesus spent in the wilderness).  So 2015 would be the 40th Jubilee in the AD.  Of interest is that in 32-33AD was a Tetrad of blood moons during the crucifixion period.

GL traders
Posted by Inlet at 6:09 PM No comments:

With Good Friday being April 18 the market is open 4 days this week.  Basically this past week I was right in concluding the 4 month cycle was dominant and SnP500 was down just under 3%.  R2K is now down almost 8% for the year (so keep your eye on this as it and the NAZ led up and now may be leading down.

The 2 month cycle should top (providing some upside push first 2 days), The four month and one month cycles are down, while the eight month cycle is up.  So we may get an attempt to rally Mon-Tue, but I expect it to be muted and down Wed-Thur providing us another down week (4 month  cycle still dominant).

Don't forget we also have a full moon Monday Apr 15 (often turns at new/full moons) may indicate a turn up. 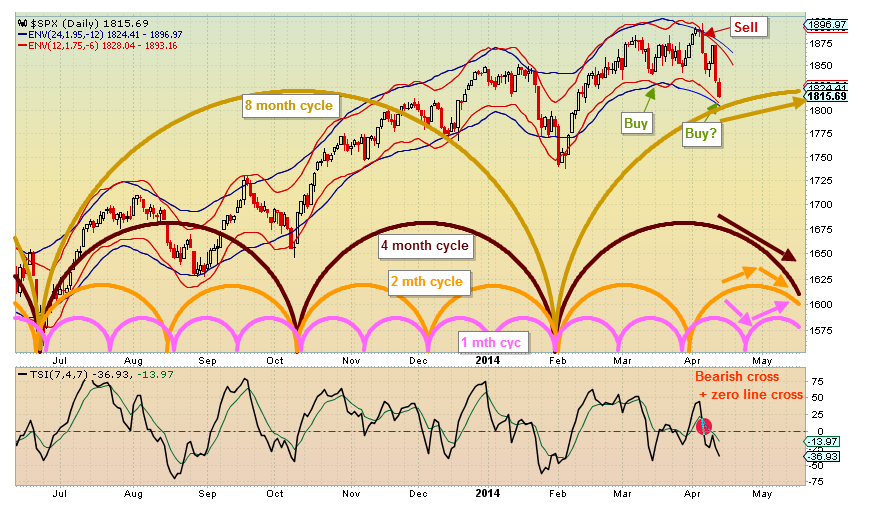 The 3.75-4 month cycle is down and has tended to be the dominant cycle.  So even though the 7.5-8 month, 2 month, 1 month cycles are up expect sideways movement with periods of downside mixed with pops.  Mixed earnings results could definitely give us a choppy market.  I do not expect huge moves up or down yet....

As I mentioned last week continue to watch R2K and NAZ as the key to whether the market has topped.  Notice we get small breaks up on SnP 500 but no real break out. 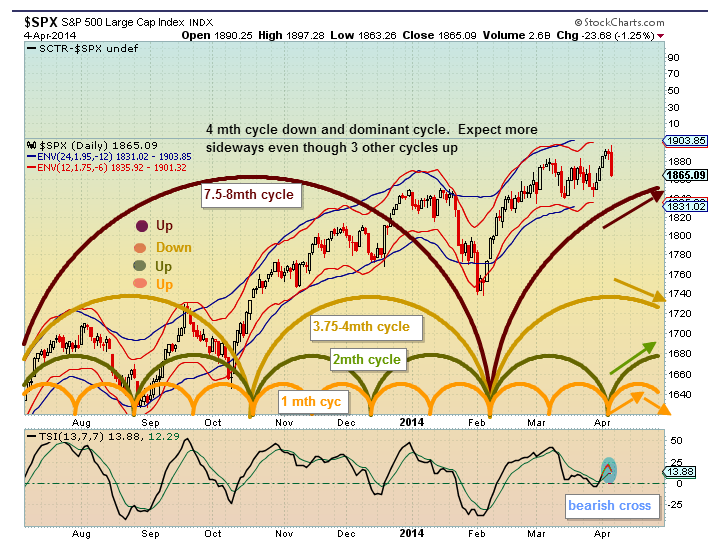